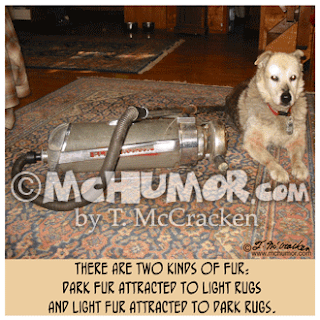 For the second time in a little more than a year I've had a vacuum cleaner go up in flames, which is pretty amazing since my view of cleaning is that if you do it today, in three, four or five years you might have to do it again.  You see, among other things, I have a disorder disorder.  Norman, my long term house guest, is the tidy one.  He's gay and out of the closet, but he likes everything else to be in the closet.  His obsession with cleaning almost makes Felix Unger of the Odd Couple look normal.

The vacuum cleaner I've used most of my life is a 1930s or 40s Electrolux we inherited from my great grandmother in the 70s.  It''s twenty unwieldily pounds of moderate suction power that was never thrown out because of one of my family's own idiosyncrasies: a Smithsonian like tendency to never throw anything away.

I abhorred that vacuum more than nature abhors a vacuum, but it was a hunk of indestructible metal.  I routinely dropped it down the stairs while doing my weekly chores, but it never stopped its moderate sucking.  While my peers drooled over John, Paul, George and Ringo in teen idol magazines, I drooled over vacuums in the Sear's catalogue said to be "feather light" or coming with a "deluxe compact canister."  My parents finally bought a new vacuum when I left home, and that was probably only because I took the Electrolux with me.  Hey.  It was free and I was a starving cartoonist.

I eventually splurged and replaced it with a modern day Hoover and when that blew up I
replaced it with something that looked like it was out of Star Wars.  When that one started smoking today I told Norman that he was working my vacuums to death.  He said my dog's fur was the root of the problem.  Whichever is the case, I've come up with a solution.  I pulled the Electrolux out of the closet.  Norman's going to be here for a few more months and I'm hoping his daily vacuuming of the rugs and the dog will kill it (the vacuum, not the dog) and I can finally throw it out in good conscience.