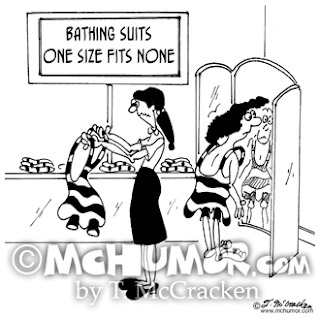 Another scorcher on the coast: 68° Fahrenheit, 20° Celsius. Usually we have fog and wind in the summer. Despite this, 100 years ago in the Willamette Valley they advertised that the coast had a Mediterranean like climate. At that point, though, the big draw here was alcohol, not the climate. Much of the Willamette Valley was dry and booze has always flowed freely here. Given enough to drink, you , too, might think you were in the south of France when on a beach in Lincoln County.

The fact is, the hotter it is inland, the foggier and windier it is here. If it's 100° in Corvallis and Eugene, two things happen. Folks in Corvallis and Eugene say: "It's hot here. Let's go to the coast where it's foggy and windy," and they come wearing shorts and flip flops and because it's foggy and windy they're cold and they end up buying a coastal sweat shirt. A month goes by and once again it's 100° inland, and once again folks come from the Willamette Valley and once again they come wearing shorts and flip flops and once again they buy coastal sweatshirts. Open people's closets inland, and surely dozens of coastal sweat shirts tumble out of them. That's OK. It keeps our economy rolling. Keep cool.

T,
I really feel for you West Coasters as you swelter under incredible climatic conditions. Is Al Gore right after all? Or are we witnessing the forebodings of a 10,000 year cyclic event (don't you just love that buzz word?). Event...the fundamental entity of observed physical reality represented by a point designated by three coordinates of place and one of time in the space-time continuum postulated by the theory of relativity.
Are Events-Manager familiar with this somewhat obscure Einstein theory? Or Al Gore?
Janet and I watched his film, together with 3 others, in, of all places, Bend and were quite enthralled by his ability to decipher PowerPoint presentations. But I digress...the 35° Centigrade (95F) sunbath on the balcony this afternoon was more than welcome after a month (June) of April weather. Am I making sense?

P.S. the nearest beach is in Belgium (360 miles away) which like Oregon is renowned for its inclement weather and where I have seldom encountered folks wearing neither flipflops nor shorts. We European 'Eugeneans' have things called swimming pools.

Yes, Paul, we are all doomed. Consequently, you really shouldn't be wasting what little time you have left reading my drivel, but walking the 360 miles to your nearest beach. Just make sure it's not in time for the next Tsunami.